Historic Towns
Orford is an easy drive to many of Tasmania’s famous historic towns including:

From Orford head south to Buckland, then take the exit to Oatlands. This takes you through some wonderful countryside and onto the historic village of Parattah and it’s original General Store and other historical buildings.

After spending some time in Oatlands head south to Richmond, with its antiques, galleries, cafes and its famous bridge – the oldest stone bridge in Australia still in use. From here it is a 45-minute drive back to Orford via ‘Bust me Gall’ and ‘Break me Neck’ mountain passes. 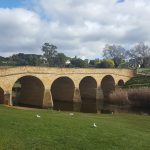 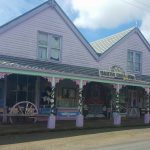 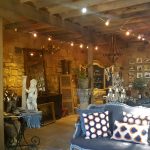 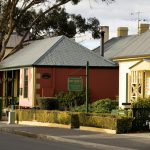 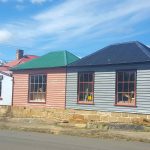 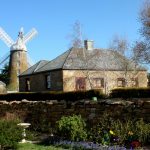 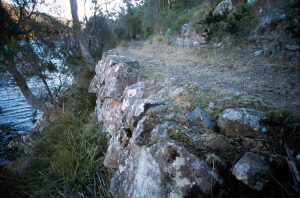 Orford Old Convict Road – A stone wall to the north of Prosser Bridge indicates the start of the old convict road. A walk of approximately 2 kilometres along the north bank of the Prosser River leads to the site of the Paradise Probation Station, which was used to accommodate the convicts while they were engaged in building the road in the 1840’s (and possibly Sanda House). It is graded easy, although care should be taken as there are several areas with steep slippery drops from the side of the track.
Full details and walking map available at Orford Sanda House.

For all the latest news, happenings and what's on around Orford Sanda House follow our FaceBook feed, to read reviews click on the TripAdvisor icon or to see more pics check out our Instagram feed

Maddie’s Tripadvisor review from Jan 18, 2022
Marvellous!!
What a beautiful property and lovely hosts! Surpassed our expectations. Lots of small thoughtful touches throughout. Beautiful garden to wander in. Very nice breakfast with home-grown fruit – what a highlight! We will definitely try and stay here next time we’re travelling down the Tassie east coast.

A wonderful and welcoming heritage cottage
From Fiona’s warm welcome, to the very comfortable bed, to the lovely garden, to the homemade stewed apricots from the garden, Sanda House was a terrific find! The peak was the gentle scent of jasmine wafting in from the garden as we settled ourselves for the night. Thank you and we’ll be back!